A Hot Day in April

As I started my walk this evening, dark clouds floated overhead, humidity making it feel like a summer day. Late April, the temperature reached 95 degrees yesterday and almost as hot today. It didn’t matter because my mind and body were basking in the feeling of accomplishment.


My New Orleans thriller, City of Spirits went live last night on Amazon, leaving me happy and sad; happy the book is finally completed but sad to leave the fictional world and characters behind. ‘Writer’s depression’ has yet to set in as I pen these paragraphs. Doesn’t matter because I know it will. This time I’m ready for it.

As I walked this evening, I mentally outlined the first chapters of a new book. Will it ultimately end up as I envision it? Probably not. Stories have a life of their own, usually becoming something you least expect. Like 95 degrees in April.

Amazon/Eric's Page
Posted by Eric Wilder at 11:04 PM No comments:

A misty rain fell as I walked through the neighborhood tonight. It reminded me of a similar rainy night that I spent during basic training at Fort Polk in Louisiana.
I spent years trying to forget my tour of duty in the Army. Now that I’m older, I sometimes have trouble remembering exact details of things that happened in the past. No problem! I’m a fiction writer. If I can’t remember the exact details of an event - Well, you get the picture.
This event took place during the last week of basic training. Despite an aging brain and attempts to forget this period of my life, it remains branded in my memory with blazing detail. There were four of us, Tommy, Robert, Bob and me.
We spent the last week of basic training camping out and undergoing exercises designed to test our resolve. The four of us were a team in a game called “elude and evade,” or at least something to that effect. A truck dropped the four of us off on a Louisiana road deep in the forest.
We had no light, food, water, or compass. Our mission was to make it back to the base camp, a mile or two away, without capture. If the enemy captured us, they would torture and abuse us, the drill sergeants told us. It was raining, a mild drizzle, but still wet.
“No one’s catching me,” Tommy said. “I have been huntin’ since I was five and I can get around in the woods like a fox.”
Uh huh! It was dark within the hour, the four of us completely and totally lost, the trees so tall we couldn’t see the stars or the hazy moon. Since we had no watches, we didn’t know the time. We only knew how tired we were and how desperate we felt.
Shit, my feet hurt!” Robert said. “Maybe we should just give up.”
Tommy shook his head. “You see or hear anyone out there? Who you gonna give up too?”
“Then what are we going to do?” Bob from Wisconsin asked.
“They are patrolling the dirt road. Let’s catch a few hours of sleep. When the sun comes up, we’ll go out to the road and follow it back to the base station. If we hear a truck, we’ll just hide in the trees until it passes.”
With no better plan, my three companions accepted my suggestion. The ground was hard, but I was asleep soon after I closed my eyes. It was morning when I opened them again.
“Which way is the road?” Bob asked.
“That’s east because I can see the reflection of the sun,” Tommy said. “Follow me.”
We eventually came out on the dirt road, turned right and followed it. We soon heard an approaching truck and dived back into the forest. Once it passed, we got back on the road, walking for almost an hour until we reached the base camp. No one seemed to notice, or to care as we straggled into camp, going directly to the food line and not caring that a cold misty rain was falling on our aching backs.
No one ever told us, but we were the only team that made it back to base camp intact and not captured. I’m not sure what the moral of this story is, but I guess it’s just that when you have a problem that seems unsolvable, sometimes the best thing you can do is sleep on it.
### 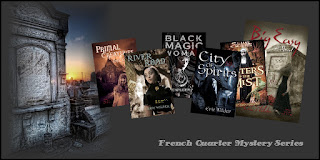 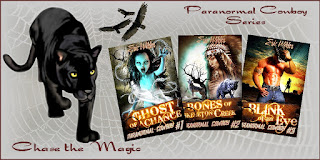 All of Eric's books are available at Amazon, Barnes & Noble, and on his iBook author pages, and his Website.
Posted by Eric Wilder at 1:54 PM No comments: