It’s a gorgeous night here in central Oklahoma. The full moon has waned, but is still large and beautiful. I don’t think I have ever seen so many fireflies, even back home in Louisiana when I was a child


I had drinks with my friends Terry and jerry tonight at Louie’s, here in Edmond. As always, with pretty Merideth waiting on us, I had a bit too much to drink. Marilyn, wonderful cook that she is, had a spring salad waiting for us when we finally made it to my house.

Sunday is the fourth of July, perhaps the most seminal holiday this country has. History is piling up on me. I feel it’s weight and I am chastened.

Eric'sWeb
Posted by Eric Wilder at 10:29 PM No comments:

Email ThisBlogThis!Share to TwitterShare to FacebookShare to Pinterest
Labels: holidays

Lily, my former mother-in-law was a church-going lady and I don’t think a drop of liquor ever crossed her lips. Still, she loved to cook and she loved to entertain. When members of her large family dropped by, (an everyday occurrence) she would often steam up a batch of oysters. Here is her simple, yet wonderful recipe. You can check out more of Lily's recipes in Lily's Little Cajun Cookbook at Smashwords.

• Salt and pepper to taste

Drain the oysters in their shells and put them in a bamboo steamer over a pot of boiling water. Cover and steam for ten minutes. Place in a hot dish and season with salt, pepper and cayenne. Serve with drawn butter sauce and eat while very hot to enjoy the entire flavor.

Eric'sWeb
Posted by Eric Wilder at 11:42 AM No comments:

When Chuckie, my big black Rottweiler was alive, I had two other dogs—Lucky, a chocolate Lab and Velvet, a shepherd mix. Chuckie had his own pen while Lucky and Velvet had the run of the fenced backyard. To say that Chuckie and Lucky, both unfixed males, despised each other would be a gross understatement.

Velvet liked both Lucky and Chuckie. She was only half grown at the time and could easily squeeze through the fence and get into Chuckie’s pen. She spent half her time there, much to Lucky’s displeasure, and the other half in the backyard, much to Chuckie’s dislike.

Lucky was a very large Labrador retriever. He weighed well over a hundred-ten pounds, his paws the size of small saucers. Chuckie was no slouch himself, easily topping the scales at one-twenty with not an ounce of fat on his sturdy frame.

Marilyn and I got a call from Tulsa friends Mick and Gin as Thanksgiving neared. After an argument with her mother, Gin had decided to spend the holiday in Oklahoma City. They showed up Thanksgiving Day with a frozen turkey and a box of Stovetop Stuffing. Marilyn just shook her head.

“I cooked until late last night,” she said. “The turkey and dressing is already cooked, along with five pies.”

We put Gin’s turkey in our freezer and proceeded to start sampling the whiskey and eggnog.

Mick and Gin’s two kids, Will and Ashley, accompanied them. They both are now attending Oklahoma State University but were still in high school at the time. I shortly excused myself to go to the little writer’s room, my trip interrupted long before planned. Marilyn banged on the door and yelled at me.

“Hurry, Chuckie and Lucky are killing each other.”

I put down the crossword I was working on and hurried out the door, quickly learning everyone had exited the kitchen, watching the two big dogs battling on the ground.

Both of the old boys were all but exhausted when I grabbed Chuckie’s collar and pulled him off of Lucky. It didn’t take much effort.

“That’s it. Break it up, you two,” I said, leading Chuckie back to his pen.

He entered with no resistance, apparently happy about my intervention. Lucky got off the ground, wagging his tail. His neck was wet from Chuckie’s slobber, but neither had a single cut, or drop of blood on them.

I smiled as we returned to the kitchen, Gin still wringing her hands.

“They were killing each other,” she said.

Will, it seems, had opened the gate to Chuckie’s pen. When the big Rottweiler quickly exited and attacked Lucky, the Willster went running into the house.

After Marilyn’s Thanksgiving feast, Gin rounded up her crew and headed for the door.

Marilyn tried to give them their frozen turkey and Stovetop Stuffing back but Gin was having none of it. She wouldn’t even let Mick and the kids take a couple of her famous homemade pies.

Chuckie and Lucky were fine. They never liked each other, but they never fought again after that Thanksgiving Day. I am positive they were both happy that I broke it up as they were both tired and ready to take a nap.

This memory wasn’t firmly fixed in my mind, but I remembered it with blazing recall the other day, grinning when I looked in Marilyn’s storage closet and saw the unopened box of Gin’s Stovetop Stuffing.

Eric'sWeb
Posted by Eric Wilder at 1:00 AM No comments: 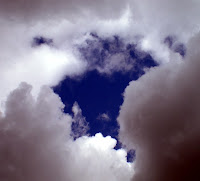 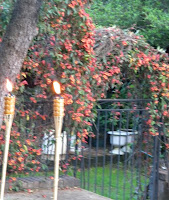 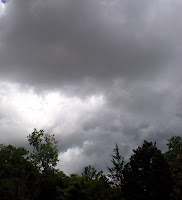 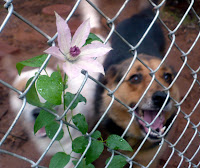 It’s been a bad year for dogs in the Wilder household. My Lab, Lucky, died last September. Velvet, my shepherd mix, died today after a short illness. Velvet was a wonderful dog—the big girl pictured with me on the home page of my website, this blog, and on the bio page of so many of my books. Losing a pet—like every pet owner knows— is like losing a member of the family. Rest in peace, D-Day, 2010.

Eric'sWeb
Posted by Eric Wilder at 10:58 AM No comments:

My second wife Anne died of lung cancer. I always assumed it was caused by smoking because she was a heavy smoker. An incident that happened while she was taking a chemo treatment gives me pause to think maybe smoking wasn’t the only cause.

Anne grew up in a house near SW 42 street in south Oklahoma City. I can’t remember the exact address but this is close enough. Anne and I talked as the chemo treatment coursed into her veins. A man across the way, also receiving a chemo treatment, spoke to us.

“I couldn’t help hearing where you grew up. I lived across the street from you.”

Strange as this probably sounds, another man, also receiving a chemo treatment said, “I lived right behind the two of you at the same time.”

Yes, I know it is quite a coincidence, but Anne and the two men all lived within a hundred yards of each other during the same time period and yes, all three had lung cancer.

What is the possible cause? 800,000 barrels of oil (probably much more counting all the spills and blowouts that occurred in the 1930’s) saturated into the earth and groundwater in southwest Oklahoma City. Oil clean-up ended long ago in Oklahoma City but perhaps the deadly toxins still exist. Only God knows for sure.

Eric'sWeb
Posted by Eric Wilder at 10:41 PM No comments: 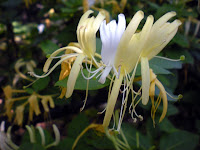 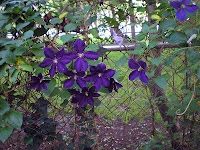 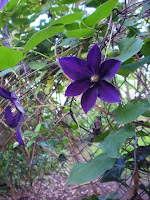 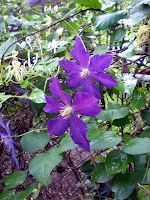 Here are a few late May Oklahoma clematis and honeysuckle pics.

Eric'sWeb
Posted by Eric Wilder at 7:15 AM No comments: